HARBOR BRANCH TO THE RESCUE……

Injured Anhinga rescued in Bill and Carolyn Stutt’s Mangrove Gardens, 455 Coconut Palm Road. Injured bird was found at 2:00 in the afternoon. Harbor Branch responded to an emergency request made by Carolyn Stutt to assist the Anhinga, subsequently, nicknamed Annie-Andy during its convalescence. 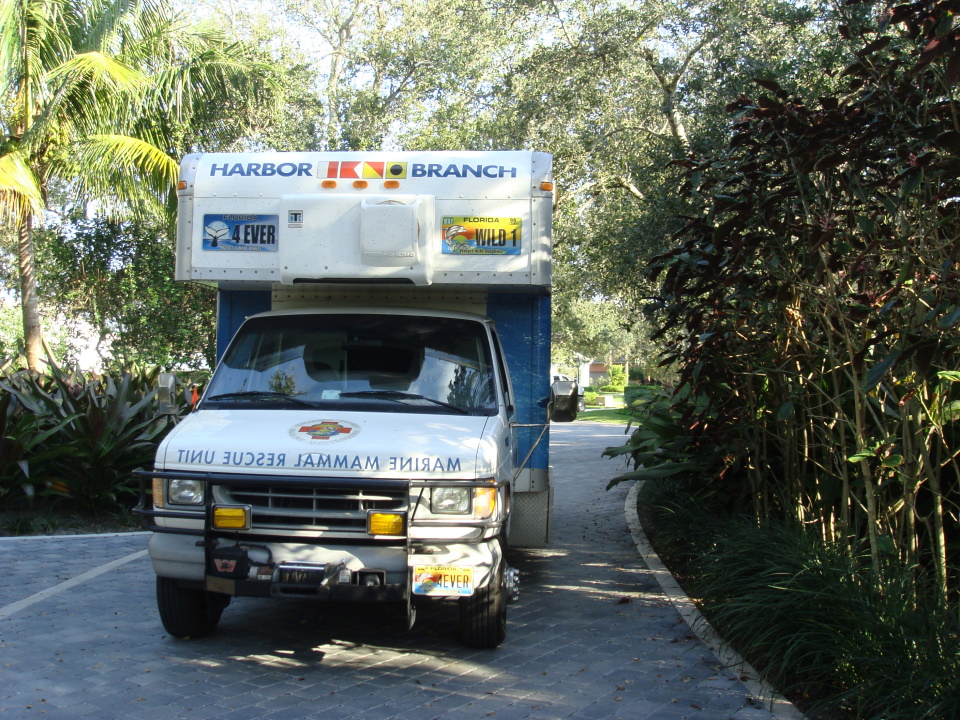 With no other vehicles available for this rescue the Marine Mammal Rescue Unit’s Dolphin Ambulance was used to respond to the call for assistance. 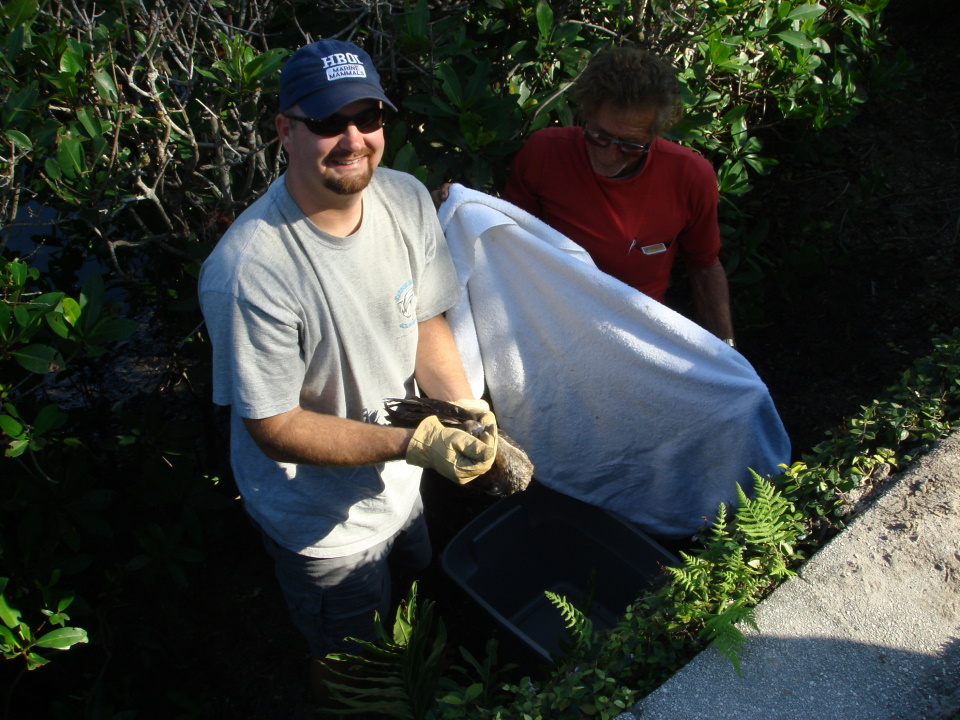 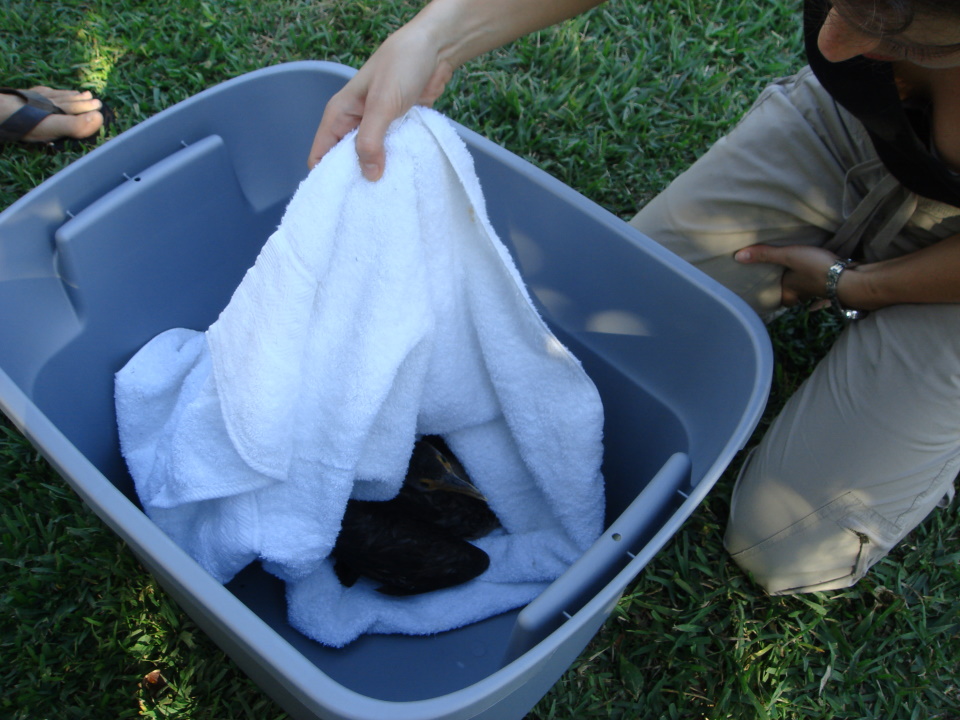 In order to move Annie-Andy, a terry cloth towel was used to cover the bird’s head to quiet the bird and prevent it from injuring itself or the rescuer. 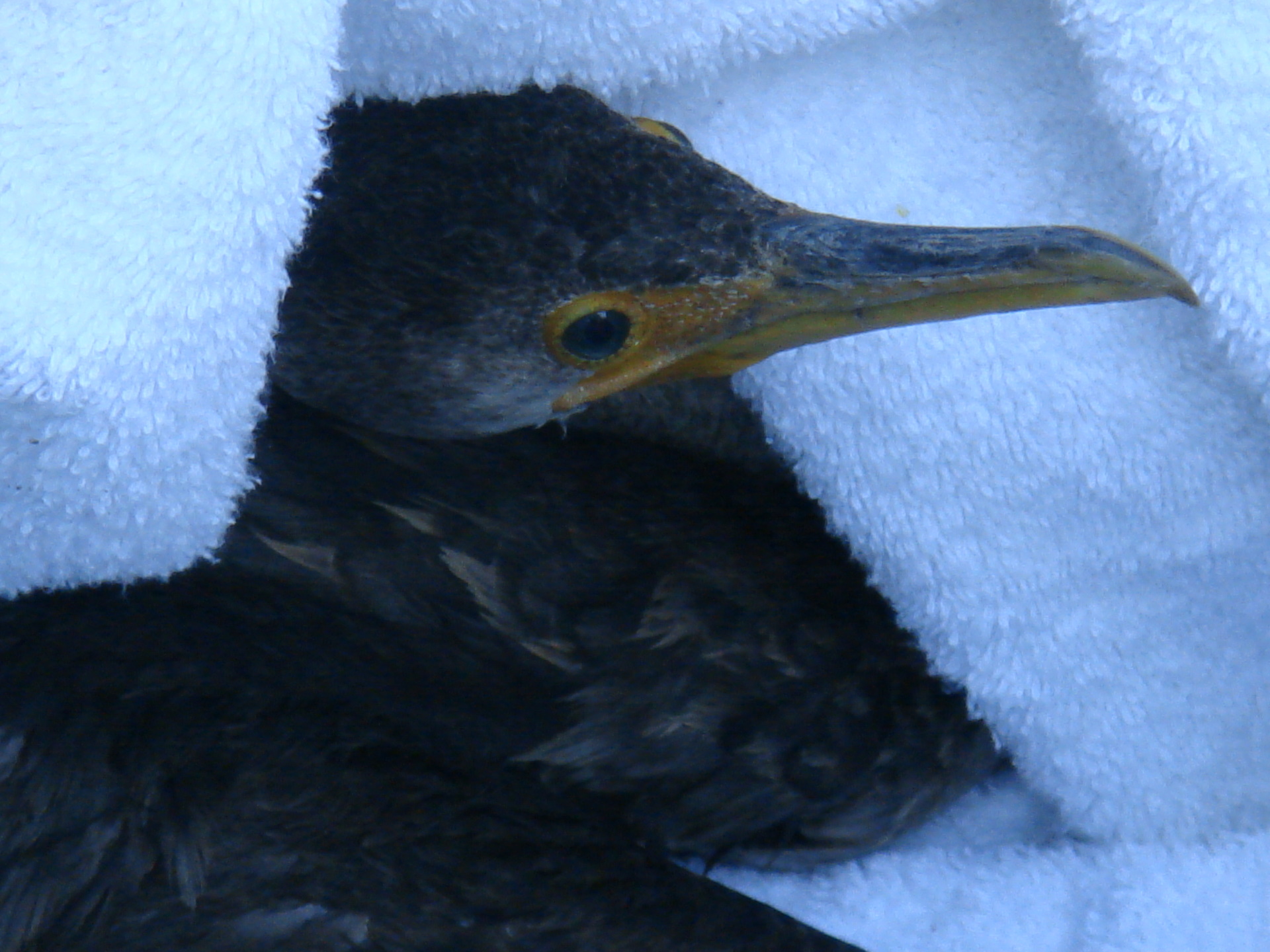 Transferred to carrying box - Annie-Andy inspects his temporary surroundings. Note injured wing is splayed out on to terry cloth cushioning. 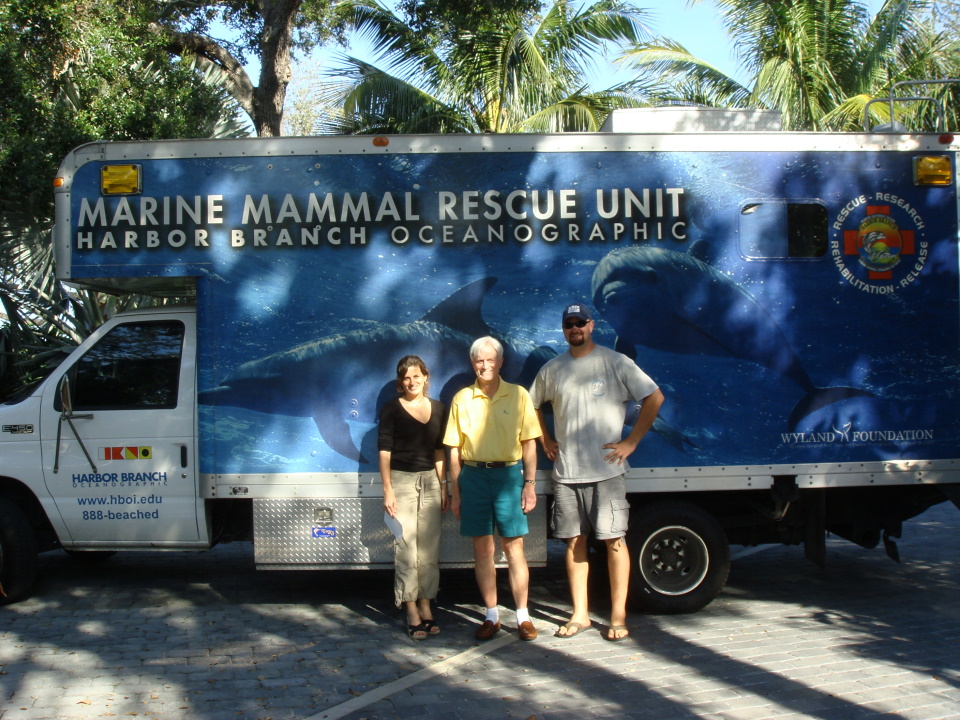