Mangroves are tropical plants which are found along much of the world's tropical coasts. They grow in loose, wet soils, salt water, and are periodically submerged by tidal flows. Their distribution throughout the world is affected by climate, salinity of the water, fluctuation of the tides, type of soil in the area and, more recently, by development of tidal wetlands for residential use as well as industrial, i.e. shrimp farms.

Florida has 3 of the 50 species of Mangroves found throughout the world. 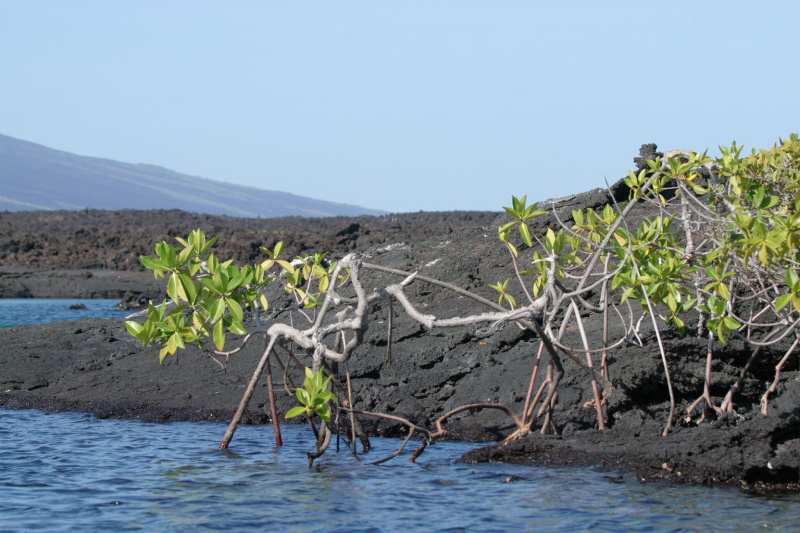 The red mangroves are the first flora to populate a volcanic island in the Galapagos Islands of Ecuador.

The survival of this tree in brackish water is a direct result of the tree's ability to adapt to its environment by using its roots to remove 99/100ths of the salt from the water it drinks. Red Mangrove tissue samples, when analyzed, revealed that the salt content of the water in those samples had approximately 1/100th of the salt found in the water in which the trees were growing.

The Red Mangrove produces bud-like growths which grow into torpedo-shaped seedlings known as propagules. These seedlings eventually fall into the water and either take root in the ground below or float and drift with the tides until suitable ground is found. A red mangrove propagule can drift for a year before rooting and producing a tree.

Black Mangroves, larger and taller than the Red and White Mangroves because of their age, they are found upland of the Red Mangroves at higher elevations. These old timers are the most cold tolerant of the three species found in Florida. They can readily be identified by: 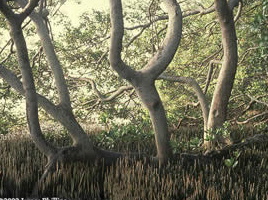 Black Mangoves surrounded by pneumatophores which provide their oxygen when they are submerged by tidal flows.

White Mangroves, usually found at higher elevations (further upland than the red or black mangroves) can easily be identified by:

An estimated 500,000 acres of mangroves remain in the coastal areas of Central and South Florida. It is estimated that approximately 80% are under governmental or private ownership or control for conservation and preservation purposes.